This release includes the following improvements and bug fixes: 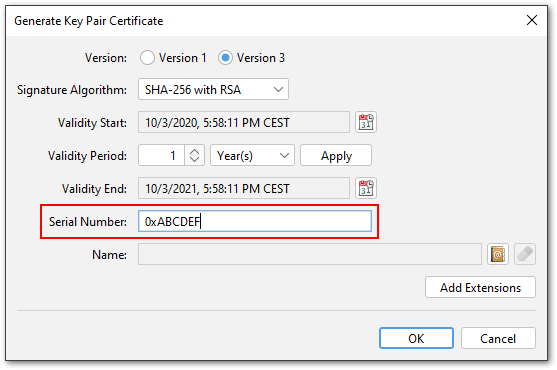 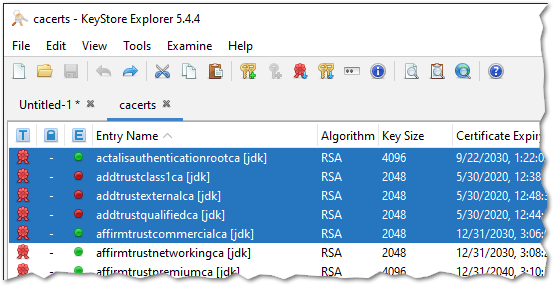 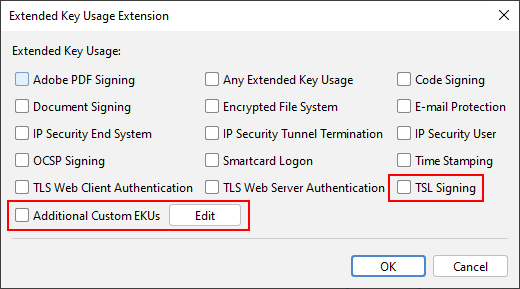 In previous versions KSE showed a fixed set of information for keystore entries: Entry name, algorithm, key size, certificate expiration date and last modification date. If you wanted to find for example a certificate with a specific issuer DN the you would have to open every certificate in the keystore.

Also, certificates that are going to expire in the next n days can now be marked.

This feature was contributed by Wim Ton. 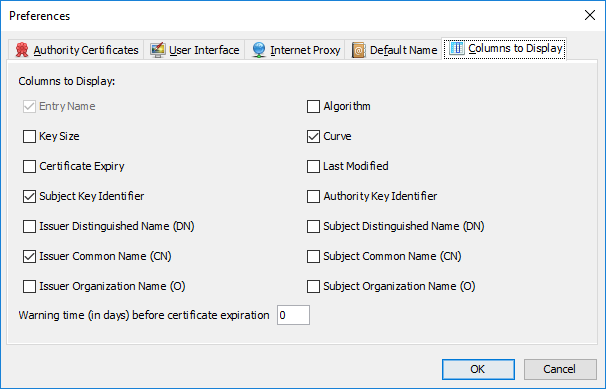 In previous versions KSE always used the system language for its UI (if there was a translation for it). Now you can explicitly choose between:

Edit Subject When Generating a CSR

In previous versions the subject name for a CSR was taken from the certificate of the selected key pair entry. This might not always be what you want. Therefore the subject is now editable.

Edit Subject When Signing a CSR

When signing a certificate for the public key from a CSR, the subject DN of the certificate is now freely editable. The subject name from the CSR is only used as a suggestion.

Transfer Extensions from CSR to Certificate

The "Sign CSR" dialog can now show more details about the CSR. Namely: 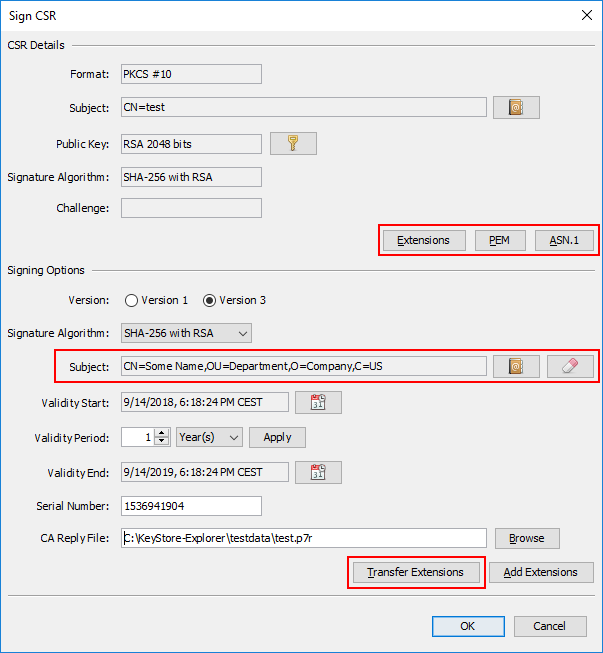 When generating a certificate it is a relatively cumbersome task to add all the extensions one by one. With this new feature you can add a basic set of commonly used extensions for four different certificate types.

The pre-defined extension templates are:

After selecting an extension template, additional extensions can be added. The extensions from the template can be edited or removed.

Note that these template sets are not necessarily complete, they are rather a starting point (which might be sufficient for some purposes). For example a SSL server certificate should also contain a Subject Alternative Name (SAN) extension with the site name in it. 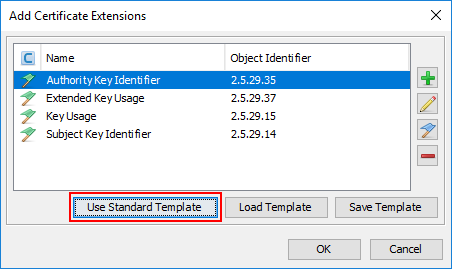 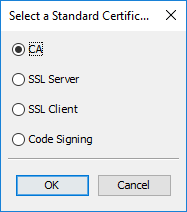 When opening a certificate with one of the following methods, it is now possible to save that certificate to the file system:

This is for example useful for ...

This is a user contribution by Benny Prange.

The windows installer has now the option to install KSE for all users instead of only for the current user. This is especially useful for software deployment tools that run as system user.

This option is available in the installer GUI and as a command line parameter ("/AllUsers"). The default is to install as current user.

This feature was contributed by Kable Wilmoth. 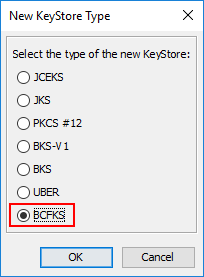 The "Private Key Details" and "Public Key Details" dialogs have now a new button "PEM", that shows the key in PEM format. It can be copied to system clipboard or saved to file system from there. 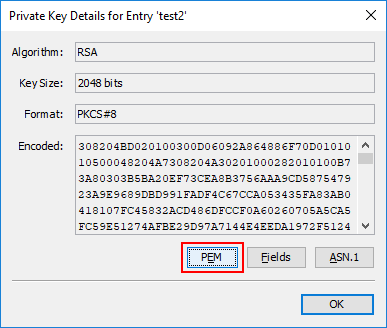 The text field in the details dialog of secret (i.e. symmetric) key entries is now editable. This allows to replace an existing symmetric key in a keystore with another one.

There are no explicit checks of the key value itself (e.g. no length checks or checks for parity bits in TDES keys). 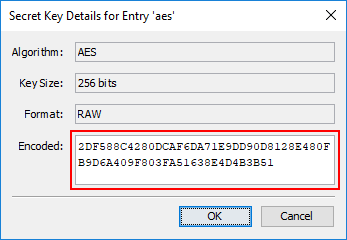 KSE can generate and store a timestamp when signing a JAR file. You can either enter the URL of a Time Stamping Authority (TSA) or select one from a list. Those URLs can change from time to time, therefore the list has been updated.