KeyStore Explorer 5.1.1 is a maintenance release. It includes the following bugfixes:

Also, the ZIP package now contains a folder with application icons in sizes from 16x16 to 128x128 pixels. Together with the fixed start script this allows for easy integration into your Linux desktop environment, like for example here in Cinnamon: 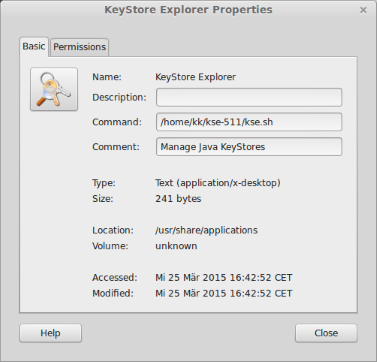 Prior to version 5.1 one would have to do the following steps:

A new configuration setting allows to store default values for certificate distinguished names (DNs). When you create a new certificate, the input fields for Common Name, Organizational Unit, Organization etc. are pre-filled with the values from the preferences. 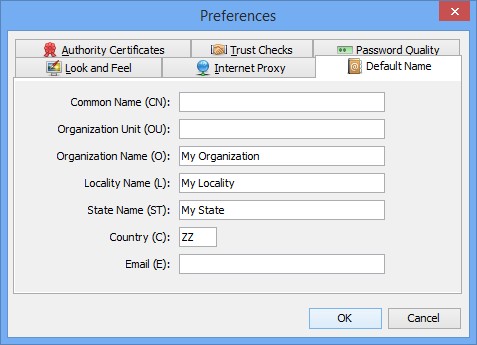 Java 7 introduced the SunEC provider for Elliptic Curve algorithms which allows keytool and jarsigner to create and use EC keys in JKS and JCEKS keystores. Third party JCE providers like Bouncy Castle have been supporting ECC in their keystore types (BKS, UBER) for some time now.

In KSE EC key generation is done by selecting a named curve: 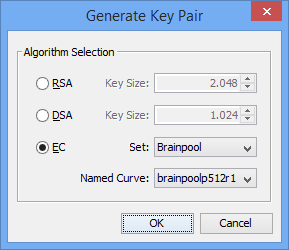 Which named curves are available in KSE depends on two factors: Java version and keystore type. The following table gives an overview on the available curves:

With KSE 5.1 you can create such CSRs. All you have to do is to create a new key pair, add the extensions and when exporting the CSR click the check box "Add certificate extensions to request". 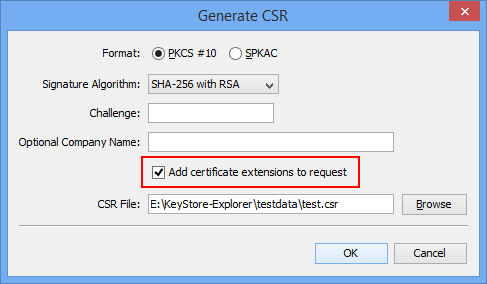 When examining CSRs in KSE it is now also possible to view the extensions.

Another addition to PKCS#10 requests is the unstructuredName attribute (see http://www.ietf.org/rfc/rfc2985.txt). In OpenSSL this is called "An optional company name" when generating requests, so KSE uses the same phrase.

Two enhancements were made to the "Examine SSL" dialog: 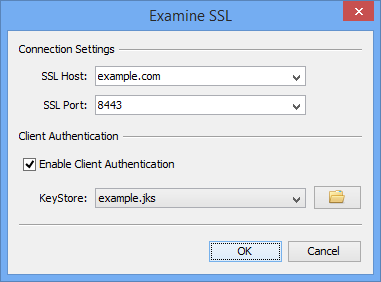 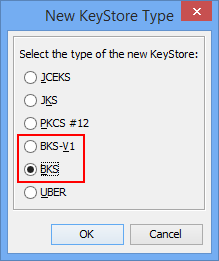 The redundant distribution packages kse-X-install.tar.gz and kse-X-manual.zip have been combined into kse-X.zip. This ZIP file contains (in addition to the content of the old ZIP file):

Both the shell script and the exe first search for a local Java Runtime Environment (JRE), i.e. a directory with name "jre" in the KSE directory. If it exists, the JRE in it is used for running KSE. This allows to use another JRE for KSE than the default system JRE, which is useful for example if you have to use IBM JDK, which is not compatible with KSE.

In previous versions of KSE only keystores could be opened by drag&drop. In KSE 5.1 this also works for certificates, CSRs and CRLs.

If you drag&drop multiple files at once on the KSE window, then all of them are opened one after the other.