KeyStore Explorer version 5.0 is the first open source release of KSE since 2004.

It comprises all the new features that were projected for KSE 4.2 plus a few smaller enhancements.

In order to replace a commercial library that was extensively used by earlier versions of KSE and that impeded the switch to an open source license, more than 2000 code changes were made. In addition the commercial icon set of KSE 4.1.1 and before was replaced with a CC-licensed one.

KeyStore entries support storage of key pairs, trusted certificates and secret keys (also called symmetric keys). In previous versions of KSE it was only possible to delete secret keys. From version 5.0 on KSE allows to ...

The new feature "Examine CSR" displays the details of a CSR file. It works like Examine Certificate or Examine CRL known from previous versions. 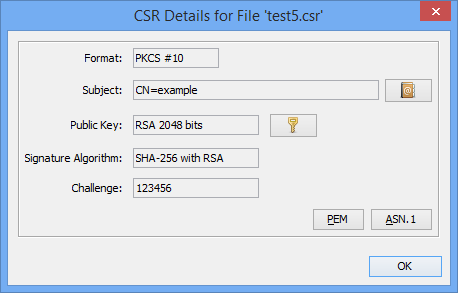 The ASN.1 dump functionality was improved in two aspects:

Several usability improvements were made for this release: